Gynecomastia is common in men and boys at various phases of development, as well as in conjunction with specific medical disorders. True gynecomastia is defined by increased glandular tissue as opposed to fat (adipose) tissue. Pseudogynecomastia refers to the presence of fat tissue in the breast region. 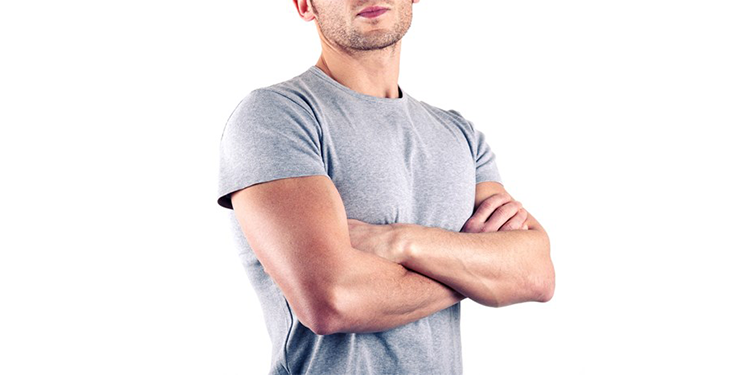 Many medicines, illnesses, and circumstances can induce gynecomastia, including corticosteroids, antibiotics, pharmaceuticals such as opioids, heartburn medications, and anti-anxiety medications. Gynecomastia is linked to obesity, low testosterone, cirrhosis, and hyperthyroidism diseases and therapies.

In some circumstances, medical problems or therapies might alter the hormonal environment in the body, allowing gynecomastia to develop. The following are some conditions that may be associated with gynecomastia:

What Are the Symptoms and Signs of Gynecomastia?

Gynecomastia breast enlargement is generally symmetrical in relation to the nipple and has a rubbery or hard sensation. Although it might grow on only one side, it usually affects both sides. Even if both sides are affected, the enlargement may be larger on one side. Gynecomastia does not cause significant discomfort, although the enlarged region may be sensitive or painful.

Male breast cancer, unlike gynecomastia, is generally only on one side and is not always concentrated around the nipple. Other cancer-related symptoms include:

Grade I is the least severe ailment, affecting only a small region around the areola. A localized button-like structure of tissue forms around the nipple, giving it a breast-like appearance. This tissue growth is generally a different hue than the male's real skin tone. The enlargement is minimal and does not show through the clothes.

which is a bit more severe gives birth to a moderate-sized growth that is not contained within the areola and begins to protrude out. The borders are frequently indistinguishable from the chest and therefore less noticeable. Breast tissue covers the pectoralis muscle region. Though it is a bit severe, it is not too visible when worn over loose clothes. To manage the disease, doctors recommend a low-estrogen diet. Alternative treatments include medication and surgery.

The breast growth surpasses the areola borders in this situation, and the margins are clearly visible. Excess skin develops, emphasizing the breast form. Despite the fact that the breast tissue has expanded to a modest degree, the visibility of this grade is fairly high and can be seen clearly over the clothing as well. Males in their adolescent years typically experience a great deal of discomfort and social stigma as a result of this disease.

The appearance is comparable to female breasts, with extra skin and a prominent nipple region. The grade is harsh and really high. In this grade, the only treatment option is surgery to remove the extra tissue and replace the areola with a more manly shape.

To diagnose gynecomastia, the doctor will do a physical exam that includes a detailed examination of the breasts. In addition, the doctor will inquire about your personal medical history and any other health issues that run in your family. To establish the underlying cause of the disease, the doctor would prescribe the following tests:

A blood test is performed to determine the levels of testosterone and estrogen in the body. Thyroid-stimulating hormone (TSH) and free thyroxine levels are also measured to determine whether the patient has hyperthyroidism.

Mammography: This technique uses low-dose X-rays to check the breasts for indications of breast cancer.

Imaging methods such as computed tomography (CT) and magnetic resonance imaging (MRI) would be recommended by your doctor to acquire clear pictures of the mammary tissues and glands.

Testicular ultrasonography is a procedure that produces pictures of the testicles and surrounding tissues. This aids in the exclusion of malignant tumors and growths.

A biopsy is a procedure in which a sample of breast tissue is extracted and examined under a microscope to rule out specific diseases, such as cancer.

SERMs: Although they cannot completely remove the problem, selective estrogen receptor modulators (SERMs) can help lower the amount of breast tissue. These medicines are often used to treat severe or painful gynecomastia.

Many factors will influence the type of anesthetic utilized, including your desire, the surgeon, the degree of the growth, your age, and the size of the incision. It is possible to use either local or general anesthesia. Before surgery, the surgeon will frequently draw markings on the skin to identify the regions to be removed.

There are several surgical methods that can be used, including the following:

Suction lipectomy This is a type of liposuction that allows for the tapering of the tissue's borders without causing any undesirable side effects. Complex gynecomastia problems may necessitate an open surgical treatment in which an incision is made in the breast tissue and excess tissue is removed.

Endoscopic surgery This newer method examines the interior of the breast using a tiny, flexible tube with a light and a camera lens at the end (endoscope). The tissue is subsequently removed without the need for a large, open surgical incision.